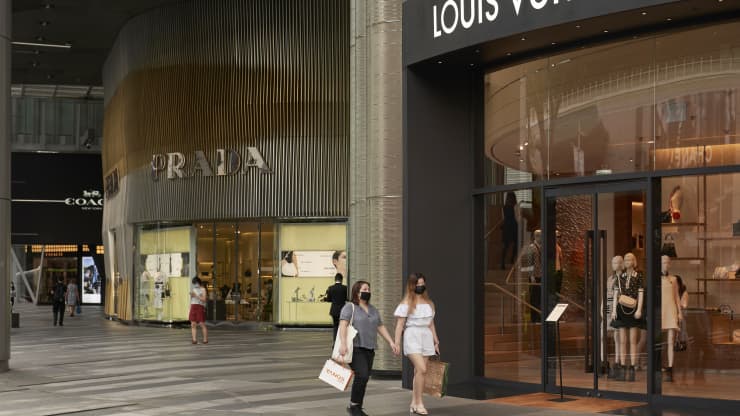 Singapore says it has detected the ‘double mutant’ Covid variant from India in its community, tightens restrictions

Posted By: Editoron: May 04, 2021In: NewsNo Comments
Print Email

Singapore said Tuesday the “double mutant” coronavirus variant first detected in India has been found among locally transmitted cases in the city state.

The B.1.617 variant is widely blamed for India’s second wave of infections that has seen total cases surge above 20 million. The World Health Organization classified it as a variant of interest last week.

As of Monday, Singapore has detected 10 local cases of the variant from India. Seven of these infections are in three active clusters, the country’s Covid task force said in a press release.

“All necessary public health actions have been taken promptly to isolate and ringfence all cases,” the Ministry of Health said.

“Given the possible increased transmissibility of the new virus variants, it is necessary to take tighter measures reflective of the heightened alert to mitigate the risk of further transmission in Singapore,” it added.

Singapore also announced tighter measures in a bid to stem the spread of the coronavirus in the city as local infections climb.

Starting Saturday, travelers arriving from higher risk countries will have to be quarantined for 21 days, up from 14 days previously.

Domestically, new restrictions will be imposed from Saturday until May 30. The measures include limits on the size of social gatherings, pre-event testing for large gatherings and the closure of gyms.

The country on Tuesday reported five new locally transmitted cases, all of which are linked to a cluster that began in a Singapore hospital. There were also 12 cases detected during mandatory quarantines for people entering the country from overseas.

On Monday, the Health Ministry said the number of new cases in the community jumped to 60 cases in the past week from 10 cases the previous week.

These measures take the city one step back in its phased reopening that began in June 2020. Singapore has reported a total of 61,235 confirmed cases since the pandemic began in the city state of 5.7 million people.