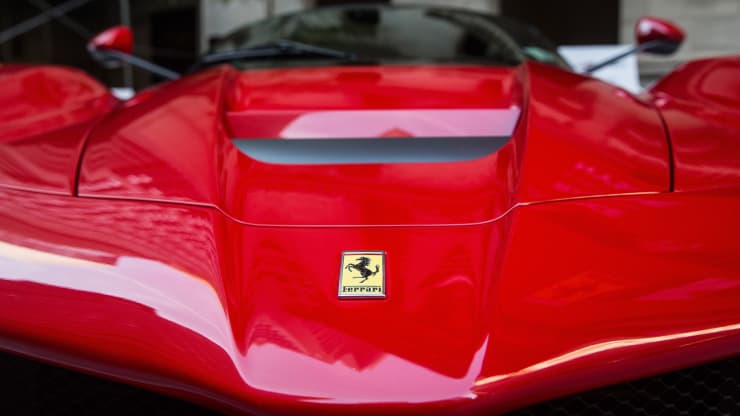 Ferrari has appointed electronics pioneer Benedetto Vigna as chief executive as the company gears up for the age of electric vehicles.

Vigna will join Ferrari on Sept. 1 from semiconductor firm STMicroelectronics, where he is head of its sensors group.

The Italian sportscar maker announced the appointment in a statement Wednesday. Former CEO Louis Camilleri stepped down for personal reasons in December after a reported battle with Covid-19.

Ferrari said Vigna has experience working for some of the world’s leading technology companies. But the 52-year-old Italian’s appointment has come as a surprise to many given he has not previously worked for an automotive company or a luxury brand.

“The appointment is highly unexpected and, in our view, reflects the need to ‘reinvent’ Ferrari and the difficulty of securing candidates willing to take on the task,” Jefferies analyst Philippe Houchois said in a note.

As part of a sustainability push, carmakers around the world are moving away from internal combustion engines and toward electric vehicles that are typically powered by lithium-ion batteries. European carmakers are playing catch-up with Tesla, which has become a household name in the electric vehicle market.

The unit that Vigna currently heads has similar revenues to Ferrari as a whole and was the company’s most profitable operating division last year.

Vigna graduated from the University of Pisa with a degree in physics. He started at STMicroelectronics in 1995 and helped the firm become one of the leaders in motion sensors.

He was part of the team that around 2010 invented three-axis gyroscopes that change the screen ratio on a phone when it is rotated, according to the Financial Times.

Ferrari Chairman John Elkann said in a statement that Vigna’s “deep understanding of the technologies driving much of the change in our industry, and his proven innovation, business-building and leadership skills, will further strengthen Ferrari and its unique story of passion and performance, in the exciting era ahead.”

Vigna said in a statement “it’s a special honor to be joining Ferrari as its CEO and I do so with an equal sense of excitement and responsibility.”

“Excitement at the great opportunities that are there to be captured,” he added. “And with a profound sense of responsibility towards the extraordinary achievements and capabilities of the men and women of Ferrari, to all the company’s stakeholders and to everyone around the world for whom Ferrari is such a unique passion.”

Trade Board Limited can help with all your Vanuatuan official business.  Register a company, register a ship, apply for citizenship, etc.  See our website at https://tradeboard.biz.