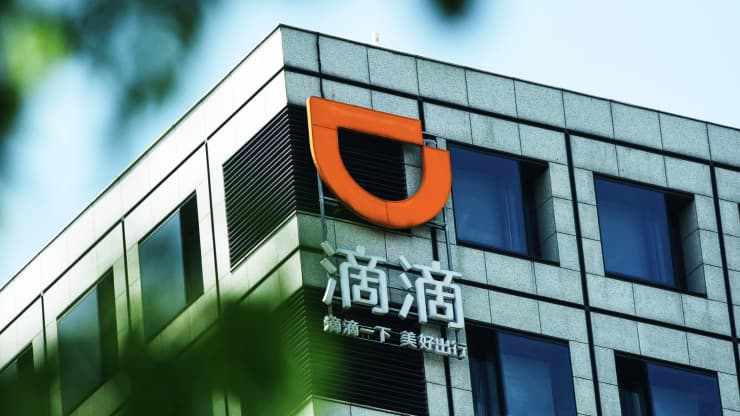 Chinese ride-hailing giant Didi Chuxing on Thursday filed to go public in what could be one of the largest tech IPOs of this year, positioning large shareholders Uber and SoftBank for a win.

Uber owns 12.8% of the shares in the company after selling its Chinese ride-hailing business to Didi in 2016, while SoftBank’s Vision Fund holds 21.5%.

Between 2019 and 2020, Didi’s revenue shrunk almost 10% as the Covid pandemic struck China hard last year. However, prior to the pandemic, revenue grew 11% between 2018 and 2019. Additionally, revenue has bounced back in the first quarter as the pandemic recovery is in full swing, with 107% growth in Q1 from the previous year’s quarter.

Some of the company’s profitability in Q1 can be credited to gains on investments of $1.9 billion related to spin-offs and divestments.

Didi was most recently valued at $62 billion following an August fundraising round, according to PitchBook data, and is backed by investment giants such as SoftBank, Alibaba and Tencent. Bloomberg reported the company could have a $100 billion valuation at the time of its IPO.

The listing, which could be one of the largest tech debuts globally this year, comes as demand for ride-hailing and travel companies return due to a decrease in Covid-19 cases and a roll out of vaccines. Its American counterparts, Uber and Lyft, have both said they’ll be profitable on an adjusted basis by the end of this year, thanks to the recovery.

Didi acquired Uber’s China business in 2016 in a complicated transaction that involved both companies taking shares in each other. Didi said it sold all of its shares in Uber in November and December of last year.

(The precise name of the company as registered on the F-1 is Xiaoju Kuaizhi.) Goldman Sachs, Morgan Stanley and J.P. Morgan are underwriting.

Are you already an investor in Vanuatu?  Do you need help with those pesky tasks that pile up?  Registration procedures done at https://tradeboard.biz.  Inquire with Trade Board Limited.