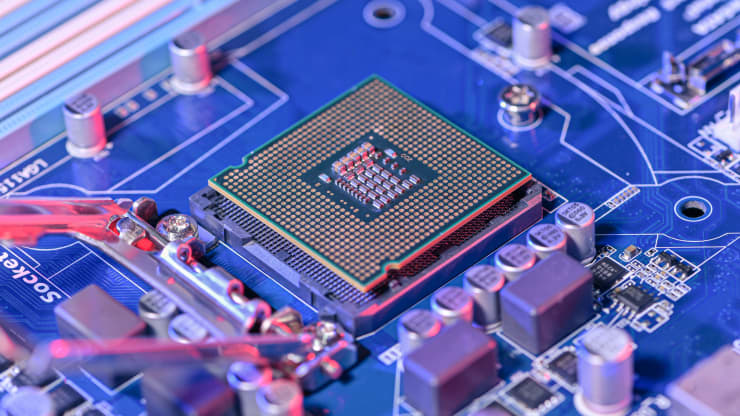 Newport Wafer Fab, the U.K.’s largest chip producer, is set to be acquired by Chinese-owned semiconductor company Nexperia for around £63 million ($87 million) next week, according to two sources close to the deal who asked to remain anonymous because the information is not yet public.

Nexperia, a Dutch firm that is 100%-owned by China’s Wingtech Technology, told CNBC on Friday that the deal talks are ongoing.

Located in Newport, South Wales, privately-held NWF’s chip plant dates back to 1982 and it is one of just a handful of semiconductor fabricators in the U.K.

Nexperia is set to announce the takeover as soon as Monday or Tuesday, the sources said.

“We are in constructive conversations with NWF and Welsh Government about the future of NWF,” a Nexperia spokesperson said. “Until we have reached a conclusion we cannot further comment.”

NWF and Wingtech Technology did not immediately respond to CNBC’s request for comment.

The deal comes during a global chip shortage that has led countries to try and become more independent when it comes to semiconductor production. The vast majority of today’s chips are manufactured in Asia, with Taiwan’s TSMC, South Korea’s Samsung and China’s SMIC among the largest chip producers in the world.

Tom Tugendhat, leader of the U.K. government’s China Research Group and chairman of the Foreign Affairs Select Committee, said he was concerned about a potential takeover of NWF in a letter to U.K. Business Minister Kwasi Kwarteng in June.

“I must stress again that having the U.K.’s leading 200mm silicon and semiconductor technology development and processing facility being taken over by a Chinese entity – in my view – represents a significant economic and national security concern,” Tugendhat said.

He urged the U.K. government to review the deal under the National Security and Investment Act, which was introduced in April as part of an effort to protect the nation’s technology companies from overseas takeovers when there’s an economic risk or a security threat.

“This is the largest last remaining advanced semiconductor factory in England being sold to the Chinese and the British government aren’t doing s*** about it,” a source said, adding that they should at least try and get $1 billion for it.

A U.K. government spokesperson told CNBC: “We are aware of the expected takeover by Nexperia of Newport Wafer Fab. While we do not consider it appropriate to intervene at this time, we will continue to monitor the situation closely and will not hesitate to use our powers under the Enterprise Act should the situation change.

They added: “We remain committed to the semi-conductor sector, and the vital role it plays in the UK’s economy.”

The £63 million price tag for NWF is much lower than the $900 million that Texas Instruments announced it will pay for a vacant Micron fab in the Utah this week.

NWF has several outstanding debts including £20 million with HSBC and £18 million with the Welsh government, one of the sources said, adding that these will be paid off following the sale.

The deal comes after Cambridge chip designer Arm, often thought of as the jewel in the crown of the U.K. technology industry, agreed to be acquired by U.S. chip giant Nvidia for $40 billion. The takeover, however, is being probed by regulators around the world after rival Qualcomm and others objected.

With tensions mounting between China and the West, other countries are investigating Chinese tech takeovers before they’re approved.

Earlier this month, South Korea launched a review after Beijing-based Wise Road Capital agreed a deal to buy semiconductor firm MagnaChip, saying it is a “national core technology.” The U.S. Department of Treasury also requested that parties involved in the transaction file notice with The Committee on Foreign Investment in the United States.

In March, the Italian government blocked Chinese firm Shenzhen Investment Holdings from acquiring a controlling stake in LPE, a Milan-headquartered semiconductor company, hailing it as a sector of “strategic importance.”

Did you know Vanuatu has zero personal or business taxes?  This makes it the perfect location for an offshore company, a bank account, or even dual citizenship.  Discover the wonders of Vanuatu today at https://tradeboard.biz.