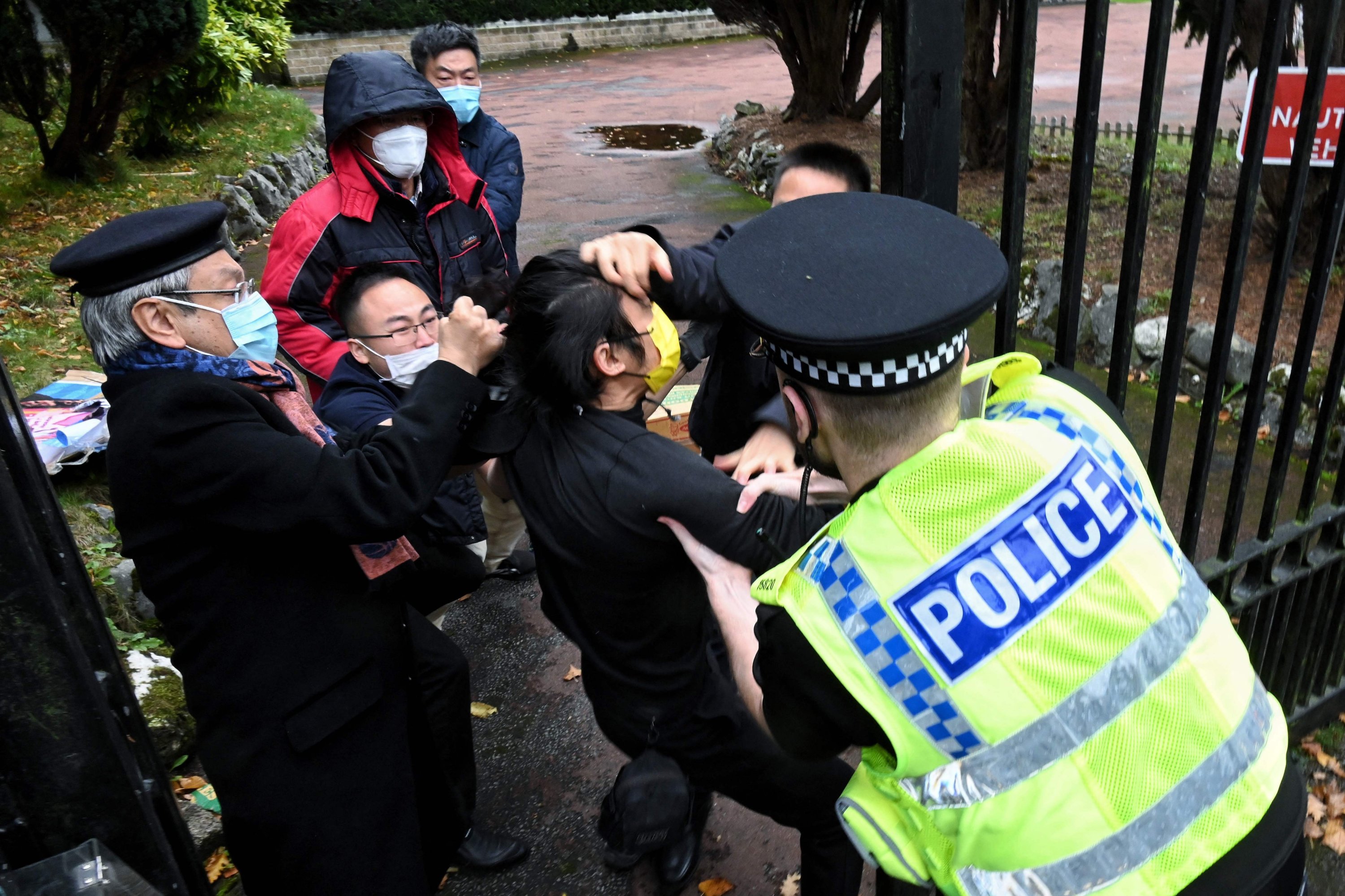 After being accused of assaulting a Hong Kong protester in the northern English city of Manchester, China has expelled six diplomats from the UK, including its consul-general.
The six envoys departed the nation before the deadline of Wednesday set by London for them to relinquish their diplomatic protection and be questioned by authorities over the event in October, according to UK Foreign Secretary James Cleverly.

Hong Konger Bob Chan claimed Chinese officials assaulted him during an anti-Beijing rally by pulling him into their complex and subjecting him to “barbaric” treatment, prompting Greater Manchester Police to open a criminal investigation.
Cleverly said on Wednesday, “We requested that six Chinese officials forgo diplomatic immunity so that they might be questioned as part of that inquiry.

The deadline for “them to take action,” he continued, has been communicated to the Chinese embassy in London.
Cleverly stated that the Chinese government has now expelled those officials from the UK in response to his demands, including the consul-general.
The senior ambassador for Britain claimed that the city’s response showed its “adherence to the rule of law” and how seriously it treats these situations.

Cleverly was reprimanded by China’s embassy in Britain on Wednesday for making “irresponsible statements by misrepresenting facts,” in response.
The Chinese embassy issued a statement on its website claiming that “the British government failed to properly prohibit the entrance and attack carried out by those rioters and to safeguard the facilities and members of the Chinese Consulate General.”

It said that they have “initiated serious representations” with Britain over the matter, calling the UK side’s behavior “extremely reckless and shameful” and “showing no regard for justice and the rule of law.”
Following the release of video evidence that supported the pro-democracy protester’s accusations, the UK’s Foreign Office department summoned Yang Xiaoguang, China’s Charge d’Affaires in London, in October.

One of China’s top UK diplomats, consul-general Zheng Xiyuan, was accused by senior governing Conservative parliamentarians of being present at the Manchester protest site and tearing down posters during the peaceful demonstration.
The six Chinese envoys’ dismissal would undoubtedly appease Conservative hardliners on China who had sought their expulsion and accused the UK administration of accommodating Beijing.

The six “fled the UK like cowards, making apparent their guilt,” Foreign Affairs Committee Chairwoman MP Alicia Kearns said in response to the news.
She said in a statement, “The Foreign Office must immediately proclaim people who have fled persona non grata, and make plain they are never again welcome in the UK.