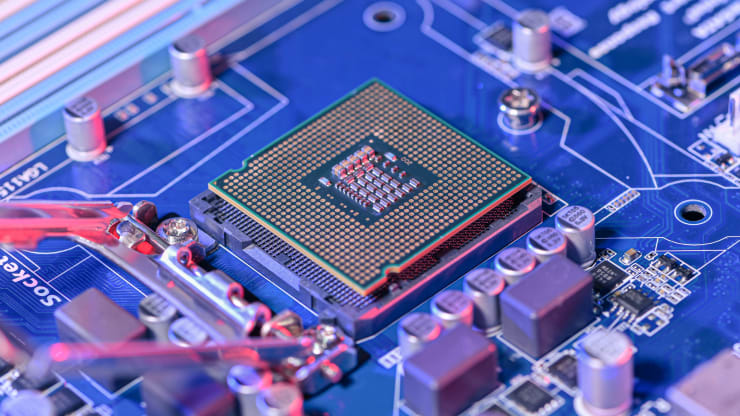 China — The U.S. government has reportedly imposed restrictions on exports to SMIC, China’s biggest chip manufacturer, a move that threatens Beijing’s push to become more self-reliant in one of the most critical areas of technology.

Suppliers for certain equipment to SMIC will need to apply for an export license, according to a letter sent to companies by the U.S. Department of Commerce, reported by several media outlets. The commerce department claims there is “unacceptable risk” that equipment sold to SMIC may be diverted to “military end use.”

The move threatens to hit at the heart of China’s plans to boost its domestic semiconductor industry, a need that has been accelerated by the trade war with the U.S.

SMIC is seen as a critical part of China’s ambitions and the commerce department’s sanctions could hold back the company’s development for several years, experts warned.

“It hits right at the core of China’s ability to be autonomous in technology,” David Roche, president of Independent Strategy, told “Squawk Box Asia” on Monday.

The U.S. Department of Commerce was not immediately available for comment..

SMIC told that it has “no relationship with the Chinese military and does not manufacture for any military end-users or end-uses.”

SMIC’s Shanghai-listed shares were down over 6%, while its Hong Kong shares fell over 5%.

Semiconductors are critical components in a whole host of consumer electronics that we use. As an increasing number of devices become “smart” and connected to the internet, they will become more and more crucial in new areas, such as automobiles.

Semiconductors have an extremely complicated supply chain. It’s not just about companies that manufacture the chips — there are also design companies involved, as well as firms that make tools that enable manufacturing in the first place.

But in this area, American, European and other Asian firms dominate. For example, TSMC and Samsung Electronics, direct rivals to SMIC, are far advanced in their manufacturing processes.

When it comes to key tools in the manufacturing process, Dutch firm ASML is a critical player. The company makes a machine that uses so-called extreme ultraviolet (EUV) and is required to make the most advanced chips such as those manufactured by TSMC and Samsung.

The U.S. pressured the Netherlands government to stop the sale of an ASML machine to SMIC, Reuters reported earlier this year. That shipment has not made it to China, highlighting China’s reliance on foreign gear.

There are barely any Chinese companies able to fill the gaps that could be left by SMIC being cut off from these pieces of equipment.

“As a result, we believe expansion and node advancements of SMIC and other Chinese foundries will inevitably suffer in the next three years following a potential ban,” Morningstar Equity Research, said in a note dated Sept. 18, after the Department of Defense had said it was considering putting export restrictions on SMIC.

“Complete localization of semiconductor equipment is unlikely in 10 years.”

Not only would the U.S. sanctions hurt the chips industry in China, it would also possibly affect other Chinese companies, most notably Huawei.

Earlier this year, the U.S. amended a rule which requires foreign manufacturers using U.S. chipmaking equipment to get a license before selling semiconductors to Huawei. That came into effect on Sept. 15 and has cut Huawei off from chips manufactured by TSMC which goes into its smartphones and other gear. Huawei has very few options to make up the shortfall and SMIC would have been a natural option.

The problem is that SMIC cannot manufacture, on scale, the advanced chips Huawei needs for its handsets which are only made right now by TSMC and Samsung.

The Global Times, a state backed tabloid, said China is “facing a protracted battle against high-tech suppression being led by the US” and that the country should embark on a “long tech march.”

“China must smash US attempts to strangle China’s technological development,” the editorial said.

Independent Strategy’s Roche said there is likely to be some retaliation from China.

“I think every U.S. company operating in this area in China is potentially a target, but I also think that the Chinese don’t want to damage their own economy,” he said.

“While the hit is likely to be more measured, I still think it will come but it probably will not be disastrous. Having said that, this is an escalator. The tensions in the cold war are going up all the time, this is another movement up and there will be others.”

Earlier this month, China unveiled more details of its “unreliable entities list,” a blacklist carrying punishments for those firms or individuals deemed to be a danger to “national sovereignty, security or development interests” of the world’s second-largest economy.

Influencer marketing provides targeted exposure and traffic for a brand or product via trusted and popular persons in a specific industry. It is thus very cost-effective and its impact can be easily measured via engagement rates on social media, including the number of likes, shares and comments. Influencer marketing enhances your brand’s search rankings.