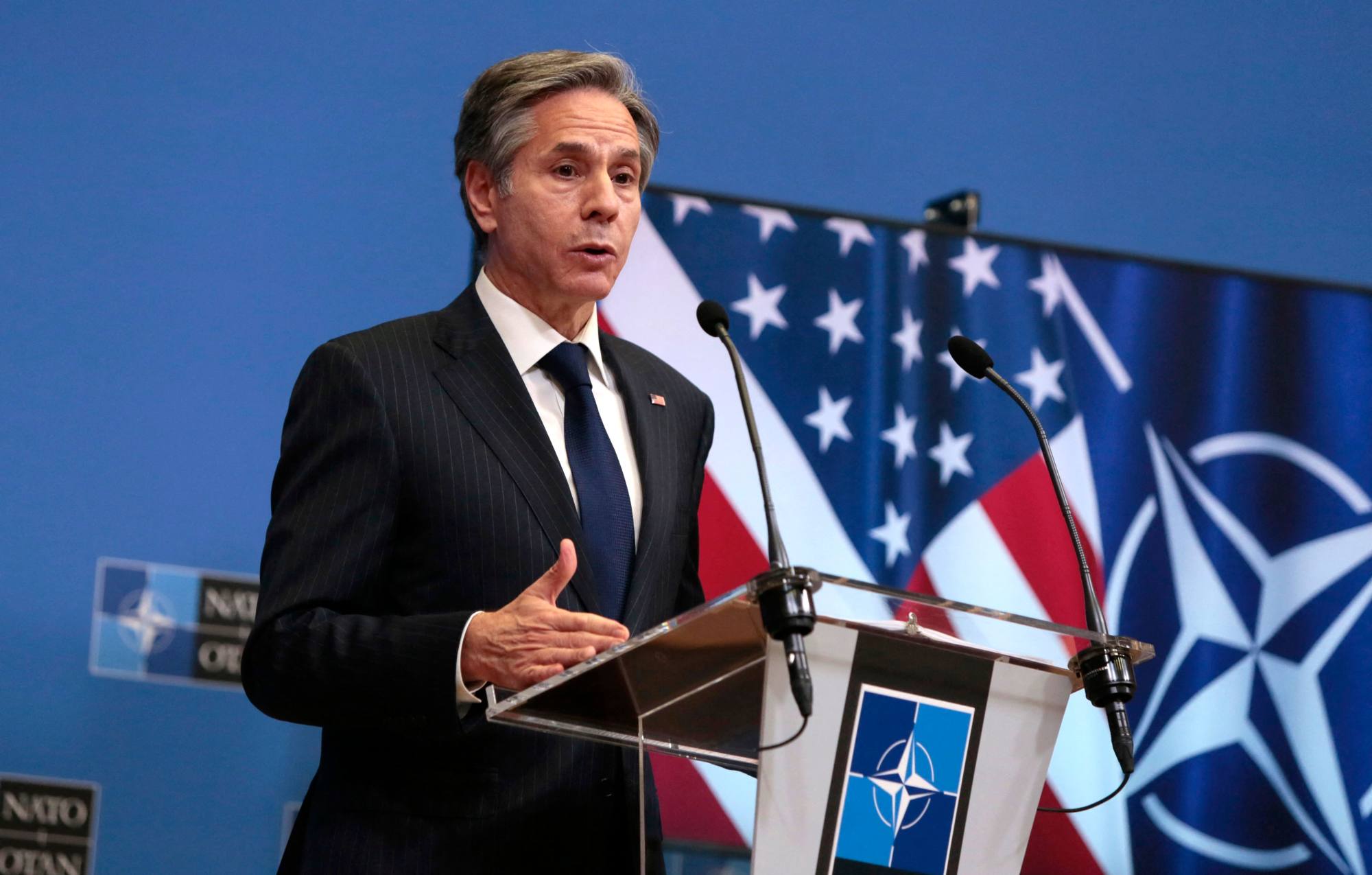 The United States and Europe pledged deeper cooperation on countering China on Wednesday, with an agreement to start a formal US-European Union dialogue on the issue and a pledge by Nato to close ranks with “like-minded democracies” in the Asia-Pacific region.

“We decided to continue meetings at the senior official and expert levels on topics such as reciprocity, economic issues, resilience, human rights, security multilateralism and areas for constructive engagement with China, such as climate change,” said European Commission Vice-President Josep Borrell.

“We share an assessment of China’s role as a partner, as a competitor, and as a … rival,” Borrell said. “We equally agree, and this is maybe all most important, to support the fullest possible involvement of the United States in the European Union Defence Initiative, and to enhance our dialogue on this issue.”

US Secretary of State Antony Blinken at the end of the Nato foreign ministers meeting at Nato headquarters in Brussels on Wednesday. Photo: EPA via AFP

US Secretary of State Blinken, who is in Brussels for most of this week, said the US-EU dialogue was needed to confront “the challenges that China presents to the rules based order that we both subscribe to”.

Earlier in the day, Nato Secretary General Jens Stoltenberg said in a discussion with Blinken that he plans to build partnerships with Japan, South Korea, Australia, New Zealand and other countries in the Asia-Pacific region as a bulwark against China, as the military alliance of 30 European and North American nations develops its strategic plan, known as Nato 2030.

“To strengthen partnerships with like-minded democracies is a way also to protect the rules-based international order. And of course, this is all about the consequences of the rise of China, and on many of the issues in Nato 2030.”

Blinken’s meetings with Borrell and Stoltenberg came as the new US administration held a series of meetings with Nato, the European Union, South Korea and the “Quad” countries of India, Japan and Australia over the past two weeks, seeking to shore up Washington’s alliances that were tested under the previous Trump administration.

The alliance-building efforts are also bookending the first high-level meeting between US and Chinese officials since US President Joe Biden took office in January.
Those talks mostly highlighted gaps between the two sides on many fronts, with a commitment to form a working group on climate change the only area of cooperation.

Blinken said he agreed with Stoltenberg’s strategic vision for Nato, adding that the new concerns facing the military alliance include climate change, cybersecurity and “the rise of autocratic states and the challenges that they pose”.

“Our mission now is to make sure that we’re bringing Nato fully into this moment, to meet the challenges of today … and we look very much forward to working on that with the secretary general,” Blinken said.

Earlier this month, Biden attended the first virtual meeting of the Quad, an informal grouping that is not a military alliance, but has been described by some as a “mini Nato”. Blinken and US Defence Secretary Lloyd Austin met with their counterparts in Tokyo and Seoul last week.

a statement issued by the Quad, calling for the region to be “anchored by democratic values” – and for freedom of navigation and overflight as key objectives.

Biden will join a session of an EU leaders summit on Thursday. His agenda for the meeting includes a discussion of “shared foreign policy interests, including China and Russia”, according to a White House statement.