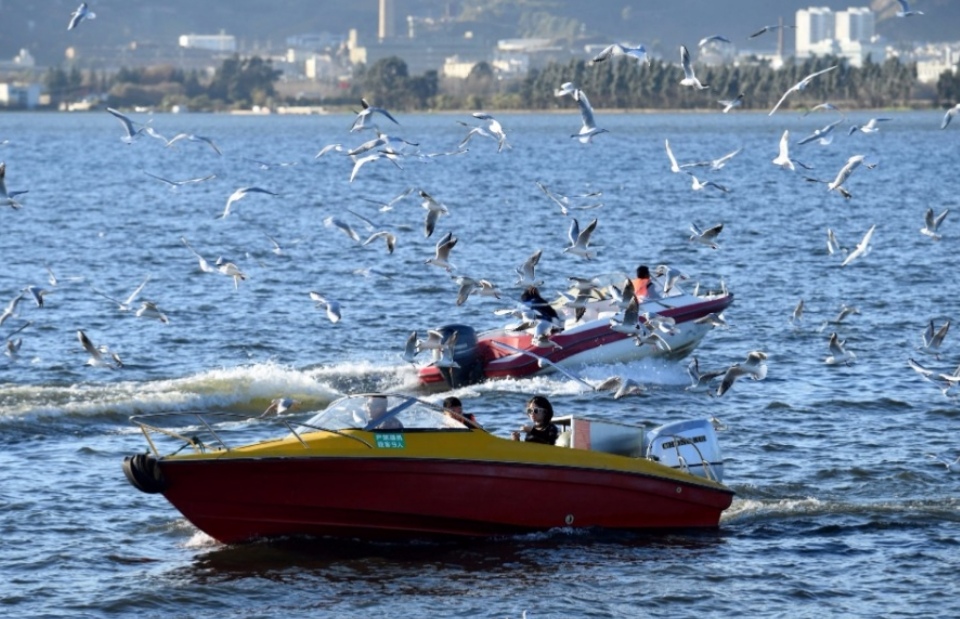 The city government of Kunming, capital of Southwest China’s Yunnan province, has said the Dianchi Lake’s water quality is the best it has been in three decades.

Two major parts of the lake have been improved significantly, reaching standards of level IV, meaning it is now suitable for industrial use or other uses not involving skin contact, according to the national standards for groundwater.

Local government in 2018 invested 2.34 billion yuan in 67 projects to improve the water quality of the lake, which, as the largest freshwater lake in the province, is known as the “mother lake”.

According to Wu Zhaoyang, deputy director of Dianchi Lake administration bureau, the city started to monitor the lake’s water quality in 1988, when it didn’t even adhere to the standards set out for the lowest quality water.