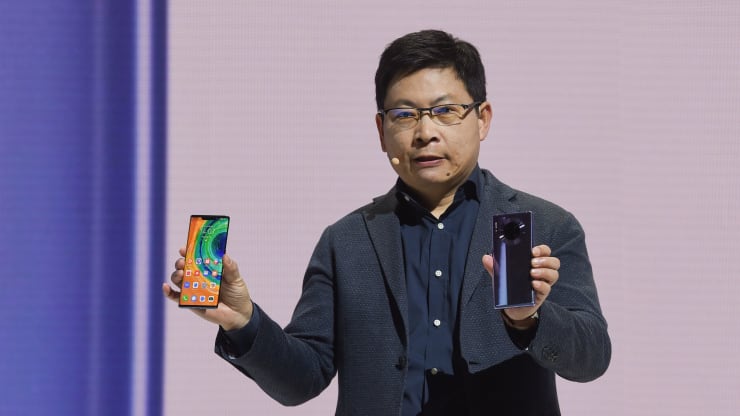 Huawei captured a record share of China’s smartphone market in the third quarter as its device shipments soared at the expense of rivals, according to new data from research firm Canalys.

“Huawei opened a huge gap between itself and other vendors,” said Nicole Peng, Canalys VP of mobility. “Its dominant position gives Huawei a lot of power to negotiate with the supply chain and to increase its wallet share within channel partners.”

Chinese consumers are flocking to Huawei’s devices as the Chinese tech giant faces ongoing headwinds from the U.S. and other regions. Huawei has been unable to license the latest version of Android on its new Mate 30 smartphone due to restrictions imposed by the U.S. on the Chinese firm.

U.S. officials argue Huawei’s technology could pose a national security risk by opening a backdoor for Chinese spying. They point to Chinese laws that allegedly require every domestic company to assist with intelligence gathering if Beijing requests it. Huawei has repeatedly denied that it would engage in any form of espionage or provide data to the Chinese government.

Canalys said Wednesday China’s smartphone market remained “gloomy,” with overall shipments shrinking 3% against the previous year. Apple, the world’s third-biggest seller of smartphones, warned about weak demand in China earlier this year but has since cited improvements in the market.

Apple maintained its position as the fifth-biggest seller of smartphones in China, according to Canalys. The research found the iPhone 11, which went on sale in September, accounted for nearly 40% of Apple’s third-quarter shipments in the region. Analysts will be closely watching Apple’s outlook for the Chinese market when the company reports earnings after the market close on Wednesday.

Online Reputation Management with the Help of Content Creation Services

How Should Governments Go Seeking Out Investors For Foreign Direct Investment?.

3 Ways TOP Platform Can Help You With Online Lobbying.

3 Reasons Why Your Photography Needs To Be With TOP.

How Advertisers Can Get More Out Of A Site With TOP.